What is the Raspberry Pi?

The Raspberry Pi is a mini-computer. To be precise, it is a single board computer, which means that all components of the computer, such as CPU, RAM, GPU, etc. are on a single circuit board. Single board computers are often used for consumer purposes or industrial devices where space saving and energy consumption are important. 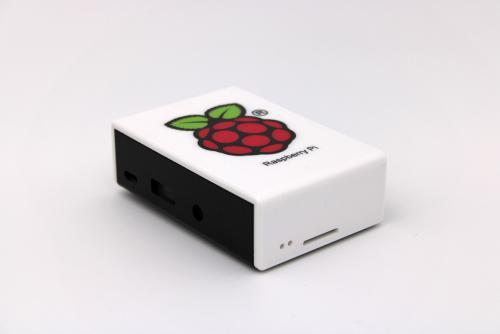 The Raspberry Pi provides an extensive range of accessories such as cameras, touch displays or simple LCD displays for presenting information. These add-on components pose a complementary challenge when designing for a Raspberry Pi housing.

What professional applications are there?

The Raspberry Pi is regarded as a toy. Using it as a game console emulator with RetroPie or its support of the children’s programming language Scratch reinforces this image. On the other hand, there are a multitude of serious and professional applications which have a Raspberry Pi hidden inside. Two professional applications are presented here. In particular the Raspberry Pi offers innovative startup companies a cost-effective way to integrate a fully-fledged PC into their hardware appliance. It does not matter whether this is a router, firewall or a Smarthome application. The usage possibilities are almost endless.

Internet companies like Google, Facebook & Co. permanently collect unlimited information about their customers and their behaviour on their sites and beyond. This data is primarily used for their purposes, but always has one goal: to create added value for the platform operators. Ultimately this means that the Internet user is becoming more and more transparent in all areas. To prevent this, the eBlocker appliance helps to surf the Internet anonymously, all thanks to a Raspberry Pi or alternatively the Banana Pi in a housing.

SPS technology is a common industry standard. The abbreviation SPS stands for Programmable Logic Controller. These systems are frequently installed in remote control and monitoring systems based on proprietary technologies. The Pixtend extension for Raspberry Pie allows the connection of sensors for temperature or humidity, servos, radio sockets, etc. The usage options are almost endless. Existing bus systems can be connected via the integrated RS232 transceiver. This offers the hobbyist and inventor a wide range of possibilities.

What kind of Raspberry Pi housings does mentec® offer?

The examples mentioned above are just two of many technical options. The Raspberry Pi is easily accessible and offers countless possibilities due to the open, Ubuntu-based LINUX operating system. We at mentec® make sure that the technical Raspberry Pi product is embedded in the appropriate housing. We offer tailor-made solutions in any form. 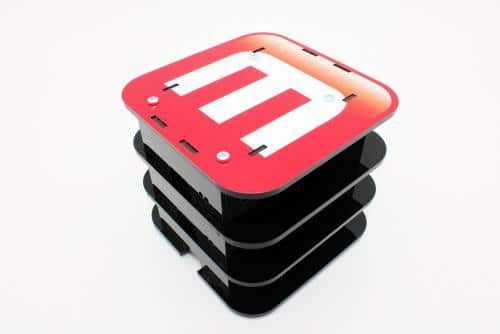 It is no problem, whether a display is assembled or other peripherals such as the Pixtend system are docked. We build the prototype for your Pi housing or create the Raspberry Pi housing in small or medium sized batches. 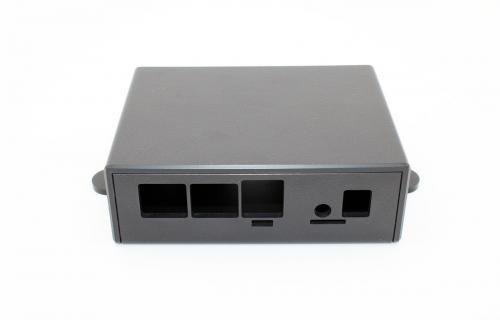 We supply individual digital or screen printed housings, as well as milled logos, mounting tabs and a wide variety of suitable housing accessories.